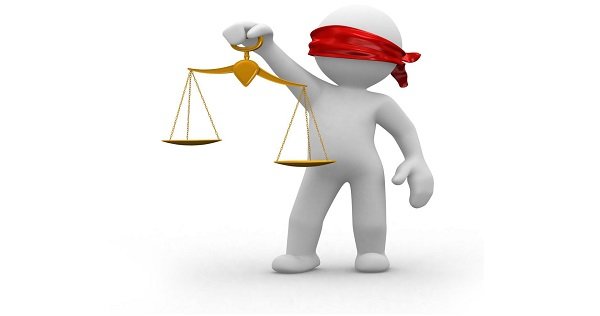 Kapoor Mittal Committee was appointed in February 1987 on the recommendation of the Misra Commission to enquire into the role of the police, which the Marwah Commission had almost completed in 1985 itself, when the government asked that committee to wind up and not proceed further.

After almost two years, this committee was appointed for the same purpose. This committee consisted of former chief justice of the Delhi high court Dalip Kapoor and Mrs Kusum Mittal, retired Secretary of Uttar Pradesh. It submitted its report in 1990. Seventy-two police officers were identified for their connivance or gross negligence. The committee recommended forthwith dismissal of 30 police officers out of 72. However, to date, not a single police officer received any kind of punishment.

Though its task was clear-cut, the Kapoor-Mittal committee had to plod for three years to make its inquiries because the Government did not till the end empower it to summon officials and record evidence. It took almost a year for the Government to permit the committee even to use the documents of the Misra Commission.

The stalemate created a rift among the members as Kapoor felt that, in the absence of the power to examine police officials, he could not indict any of them. Thus, at the end of the inquiry, the two members of the committee gave not one but two separate reports. Mittal's report named the police officials who, in her opinion, deserved to be commended for their good conduct or proceeded against departmentally or straight away dismissed for their delinquencies.

The importance of Mittal's report is that it confirms that there was a pattern almost throughout Delhi of police officials of various levels committing acts of omission and commission to facilitate the massacre of Sikhs. In fact, Mittal's report for the first time supplied the names of the specific officials who connived with the miscreants and the details of their respective delinquencies. But the legal constraints placed on the committee as such does seem to have prevented Mittal from ascertaining the truth in its entirety.

Take for instance the case of senior police officer Amod Kanth who was rightly commended by Mittal for ensuring that Delhi's Central district, which was under his charge, was relatively less affected by the violence. But then, since she was forced to rely mainly on the information given to her by the police, she also commends him repeatedly for an incident which actually shows Kanth in a poor light.

To its credit, the Mittal report further exposed the role of the administration in shielding delinquent police officials. Take for instance Shoorvir Singh Tyagi, the SHO in charge of Trilokpuri which saw the highest number of killings in Delhi. He made no effort to stop the miscreants who started the killings in Trilokpuri on November 1.

The first arrests took place only on the evening of November 2 when the carnage in the area came to the knowledge of the press. Tyagi himself was immediately suspended and booked for his negligence. Taking note of Tyagi's "criminal misconduct," Mittal records a shocking finding that he got away with it for "technical reasons." The court discharged him in the case that was booked against him because the police had failed to seek the necessary sanction for prosecution before filing their chargesheet. Mittal also said that the police had charged Tyagi with only minor offences, which made the case time-barred.

Thus, the Mittal report drove home the message that the issue is not just the culpability of individual police officials. The unseen patrons of Tyagi and other such delinquent officials are no less culpable. For all the adverse publicity they got for the carnage and for all the assurances the Government gave to take action against delinquent officials, the police had the gumption to subvert the case against the SHO who presided over the biggest massacre in Delhi.

The British colonial regime would appear to have had a better record. Gen Dyer was not spared for ordering the Jallianwala Bagh massacre. Could Tyagi have been shielded in that manner without complicity at the highest rungs not only in the police but also in the Government?

The Mittal report rendered greater service by giving the lie to the Misra Commission's finding that the violence escalated because the police stations failed to convey the gravity of the situation to their superiors. Mittal quoted wireless messages to show that the DCP of east Delhi, Sewa Dass, was repeatedly warned about the violence in Trilokpuri from the afternoon of November 1. Yet, Dass claimed in keeping with the Government's stand before the Misra Commission that he was unaware of the massacre in Tilokpuri till November 2.

The delay at every stage in uncovering the truth ensured that the first detailed report of the police conduct came out only six years after the carnage. The Mittal report indicted 72 police officials, including six IPS officers. But the report only led to further legal and administrative controversies. Departmental proceedings were initiated against several of the indicted officials but at the end of the day hardly any of them has actually been punished.

You can read a report on the Kapoor Mittal Committee here:

Over the years, many of the indicted officials have been promoted and some even retired honourably. In other words, the resounding indictment of the police, first by the Misra Commission and then by the Mittal report, has come to nothing.